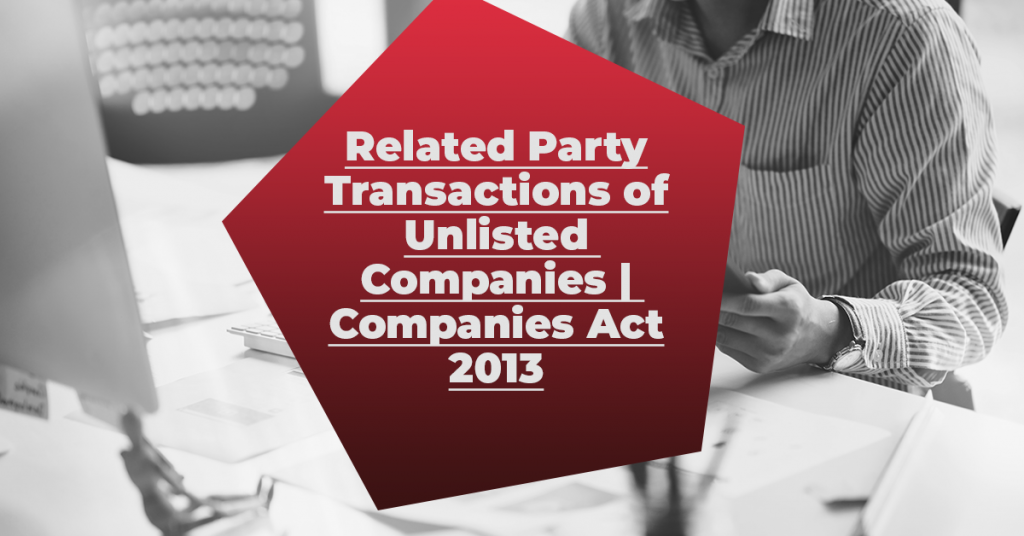 According to Section 2(76) of the Act, ‘related party’, with reference to a company, means:

Provided that nothing in sub-clauses (v) and (vi) shall apply to the advice, directions or instructions given in a professional capacity.

Related Party Transactions (RPT) – transactions that a company does with parties related to it. It’s an arrangement between two entities which share a pre-existing business relationship.

An RPT is an arrangement between two entities which share a pre-existing business relationship.

Ex: A company XYZ buys goods or services from its Director ABC, it’s a RPT.

Section 188 includes within its ambit any contract or arrangement with a related party with respect to:

Limits specified above shall apply for transaction or transactions to be entered into either individually or taken together with the previous transactions during a financial year.

Approval of Board and Shareholders:

The details of the proposed specified transaction should be given in the explanatory statement attached to the notice.

Approval of members shall not be applicable in following cases:

The explanatory statement to be annexed to the notice of a general meeting convened pursuant to section 101 shall contain the following particulars, namely: –

Disclosure in (Form AOC-2) in Board’s Report as Disclosure which includes:

Non-Compliance with the Act and Rules could render RPTs void and entail penalties for the violator.

Disclaimer: The contents of this article are for information purposes only and does not constitute an advice or a legal opinion and are personal views of the author. It is based upon relevant law and/or facts available at that point of time and prepared with due accuracy & reliability. Readers are requested to check and refer relevant provisions of statute, latest judicial pronouncements, circulars, clarifications etc before acting on the basis of the above write up.  The possibility of other views on the subject matter cannot be ruled out. By the use of the said information, you agree that Author  is not responsible or liable in any manner for the authenticity, accuracy, completeness, errors or any kind of omissions in this piece of information for any action taken thereof. This is not any kind of advertisement or solicitation of work by a professional.