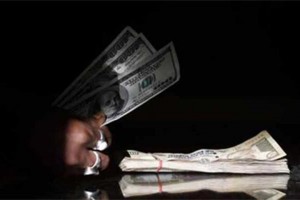 Suspicion of cash transfers through the illegal hawala channel in the course of arbitrage between gold futures contracts traded on local exchanges and those traded overseas was one of the main reasons for Sebi and Economic Offences Wing (EOW) of the Mumbai police to have conducted joint raids on certain brokers in Kolkata and Mumbai, brokerage officials in the know have said.

Sebi and EOW recently conducted joint raids on a few unnamed brokers suspected of illegally running trades between certain futures contracts on MCX and their counterparts on US-based Comex â€” trades for which the two leading commodity futures exchanges cannot be blamed, regulatory officials clarified. EOW is awaiting a forensic report from Sebi before considering action against the brokers, a senior police official told ET. ET had on March 19 reported about the joint raids on a few brokers.

“The government and regulatory apparatus are concerned not just about the illegality of such trades but also because of unaccounted monies being channelled overseas through illegal money transfers,” said one broker. “Issues of corruption and black money were planks that NDA fought on and won the last Union elections. Action is thus happening on various fronts to curb unaccounted money from escaping the tax dragnet.”

A stronger rupee was one of chief reasons for MCX gold trading at a discount, pointed out Harish Galipelli, commodity and currency head at Inditrade. Galipelli clarified that he was “clueless” about the arbitrage between MCX and Comex.

In the calendar year through Tuesday, the rupee rose by 1.4% against the dollar, resulting in MCX gold rising 16.5% against an 18% jump in Comex gold.

India is the world’s largest gold importer at around 1,000 tonnes each year. A stronger rupee makes gold cheaper. When Comex gold trades at a sizeable discount to MCX gold, certain traders go long the former and short the latter expecting the skew to correct. Similarly, when MCX gold trades at a discount, the traders buy MCX and sell Comex. They make a profit when the spread narrows as, at expiry of the contracts, the prices of the two contracts, adjusted for currency, converge.

For the foreign leg, few brokers believe that cash is remitted to an overseas entity related to the broker through hawala.

“It’s this transfer of black money that concerns the government,” said another broker. Those who spoke on the issue did so on condition of anonymity, given the “sensitivity” of the issue.