Why NBFC stocks have been on fire? 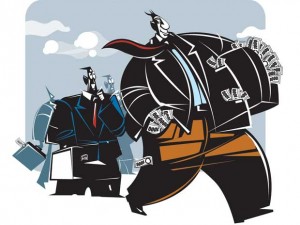 Investors have fallen for stocks that till yesterday were considered just an arbitrage play over banks…. !!

Shares of non-banking financial companies (NBFC) have been on fire on Dalal Street. In a note tilled What Doesnâ€™t Kill You Makes You Stronger, Amay Hattangadi, managing director of Morgan Stanley Investment Management (MSIM), and Swanand Kelkar, executive director of MSIM, have highlighted why investors have fallen in love with these companies, which used to be considered as only arbitrage play over banks:

Regulatory clarity has reduced uncertainty. Guidelines on non-performing loans (NPL) recognition and capital requirement along with sufficient implementation timeframe by the Reserve Bank of India (RBI) have helped NBFCs.

Since 2014, the yield on 10-year government bonds, which are a proxy for borrowing costs for NBFCs, have come off by 150 basis points. This has helped in major re-rating (in terms of price-to-book) by up to 100 per cent in NBFC stocks. Meanwhile, their asset quality has held its own. 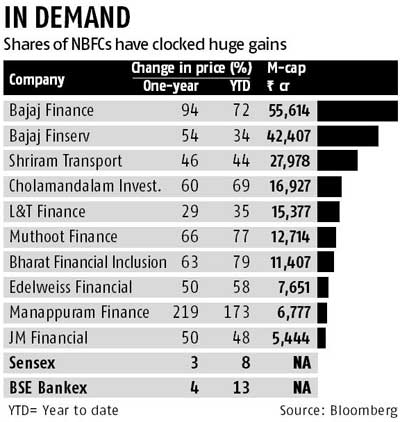 While banks with their presence on high streets and their network of ATMs make it appear that they are leading the charge in retail lending, NBFCs have emerged as strong players in this space. With retail loans of $92 billion, top 12 NBFCs are just 5 per cent behind the corresponding retail books of the top five private sector banks. In fact, in segments like automobile loans and loans against shares, NBFCs have higher market share than banks.

Over the past two years, the overall loan book of NBFCs has grown at 16 per cent per year, twice as fast as bank credit growth. Part of the growth has been spurred by huge unmet demand for credit among small enterprises, where cash flows are difficult to assess and a residential property may be the only collateral.

Distribution reach of many NBFCs has seen them emerge as strong players in areas such as microfinance (MFI) lending, rural-housing and used-vehicle financing. Also, robust database of credit bureaus has helped NBFCs keep a check on the credit quality of retail borrowers. This has made small-ticket loans for consumer durables a more viable proposition. Better-managed NBFCs have successfully diversified their loan books across all these segments to avoid concentration risks.

Shares of several banks have been hit due to rising stress in corporate loan book. On the other hand, NBFCs, which are not into project financing, have seen their shares outperform. Also, areas such as project finance have kept banks preoccupied with recognition and resolution of these non-performing loans. This has left an open space for NBFCs and consumer-focussed private sector banks to grab.