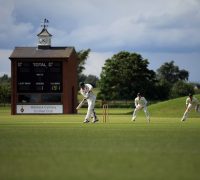 The sport was made for television. The world’s first televised sporting event was the 1936 Berlin Olympics. Seventy-two hours of live Olympics coverage went to viewing booths called “Public Television Offices” in Berlin. The first broadcast showed Jesse Owens winning the 100m final. Since then television and sport have helped each other reach bigger and … END_OF_DOCUMENT_TOKEN_TO_BE_REPLACED