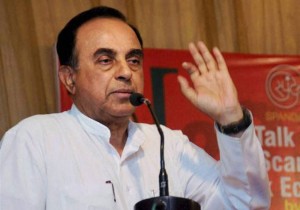 Alleging flouting of its own rules by RBI in grant of 10 small finance bank licences, BJP leader Subramanian Swamy on Wednesday asked Prime Minister Narendra Modi to order a CBI-led probe into the matter.

Seeking action against RBI officials, including Governor Raghuram Rajan, the Rajya Sabha MP alleged that the 10 entities that were granted ‘in-principle approval’ by the Reserve Bank despite their lacking the eligibility criteria as set out in the central bank’s guidelines including about foreign holding. Swamy, who had earlier written to the Prime Minister seeking dismissal of Rajan for failing to lower interest rates and boost the economy, said that RBI has “failed to perform the duty diligently” in grant of these approvals and there seemed to be “on the face of it, a malafide negligence”.

He also sought to link the grant of the licences to possible money laundering of funds belonging to politicians and bureaucrats “friendly” to a former Finance Minister who still “dominate” high posts in the ministry.

Swamy has said that the 10 licences granted in private sector to small finance banks do not fulfil the criterion laid down by RBI “which confirms the malice in the RBI decision”. The BJP MP said the guidelines for grant of licences were “brazenly flouted” in granting approval and hence was not in public interest.

“Therefore, these illegal approvals attract Section l3(1)(d)(iii) of the Prevention of Corruption, Act (1988). The present Governor of RBI is thus answerable in a probe into this matter,” he said in his letter to the Prime Minister. “You may therefore consider a probe by the CBI-led SIT (Special Investigation Team), and have RBI officials including the Governor of RBI interrogated for this scam,” Swamy wrote. In his letter he also alleged that it is clearly made out from the Annual Reports of 10 shortlisted applicants that each is either an NBFC, Micro Finance Institution or a Local Area Bank and “not even a single company of shortlisted applicants fulfils all the criteria laid down in the guidelines for SFB which confirms malice in the RBI decision”.

Swamy also said that looking into the credentials of successful applicants, it is apparent that most of these applicants’ foreign holdings are contrary to the criteria as set out by RBI for Small Finance Banks.

Swamy has also alleged that in order to benefit NBFCs and MFLs certain guidelines were created providing exception to them and dubbed them as “malafide”.

“Five years for promoters which would be assessed by the RBI as ‘fit and proper’ are set against no experience eligibility for NBFCs, MFIs and LABs indicates an interest of benefiting these entities,” he said.