Reserve Bank of India’s new mission: Getting lenders to pass on its rate cuts 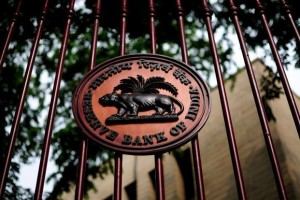 RBI is embarking on an experiment to remove much of the discretion the country’s commercial banks have to set lending rates and force them to base borrowing costs on prevailing market rates.

The experiment carries risks, as India periodically suffers severe cash crunches. But the rewards should be lower costs for borrowers.

The Reserve Bank of India (RBI) adopted the rules, effective from the April 1 start of a new fiscal year, after deep frustration that it cut its key repo rate by 125 basis points last year, but banks lowered lending rates by only about 60 bps.

The RBI, keen to see monetary policy be effective, on Tuesday is expected to cut the repo rate another 25 bps as India bids to revive investment and spur economic growth.

Under the new rules, banks will need to adjust their lending rates every month based on what they offer for new fixed-rate deposits, which track short-term market rates such as for treasury bills and certificates of deposit.

PERIODIC CRUNCHES A hurdle for the rules will be periodic cash crunches. They usually come in March, when banks and the government tend to hoard cash at the end of the fiscal year, or October when a string of festivals see large cash withdrawals.

That means the RBI will also need to stay nimble in injecting funds, or suffer an ironic outcome: spikes in short-term market rates that force banks to raise their lending rates, regardless of how many rate cuts the central bank has delivered.

“This is a now-or-never time for monetary policy to address growth as well as liquidity concerns as we start the fiscal year,” said Soumya Kanti Ghosh, chief economic adviser with the country’s largest lender State Bank of India.

Already, State Bank of India and other lenders have announced new rates under the “marginal cost based lending rate” ( MCLR) rules unveiled by the RBI that are slightly lower than existing loans.

The rules are not popular with lenders, who fear they will see their margins hit and left at the mercy of volatile market rates.

“On one hand, they expect the banks to reduce rates. On the other hand there is so much tight liquidity. RBI needs to do something to address the liquidity,” said a treasurer with a state-owned bank.

REVERSING COURSE After months of denying there was a liquidity problem, Governor Raghuram Rajan has reversed course.

Since December, the central bank has injected Rs 720 billion ($10.85 billion) in funds via open market bond purchases, more than the Rs 600 billion total put in during the previous two years.

The RBI is also expected to announce on Tuesday more technical measures, including making it easier for banks to pledge illiquid bonds with it in exchange for cash.

Economists say the RBI will need as well to provide more details about its planned injections, rather than its current ad hoc strategy of announcing bond purchases when liquidity has excessively tightened.

Bankers, including SBI, are also calling for the RBI to allow lenders to manage the estimated Rs 1.5 trillion in government cash balance currently held by the central bank.

“Having this clarity and flexibility will help in transmission far better than any forced approach to bring down banking lending rates by fiat,” said Ananth Narayan, the regional head of financial markets for ASEAN and South Asia at Standard Chartered Bank.