RBI to issue monetary policy statement tomorrow: 5 things to watch out for 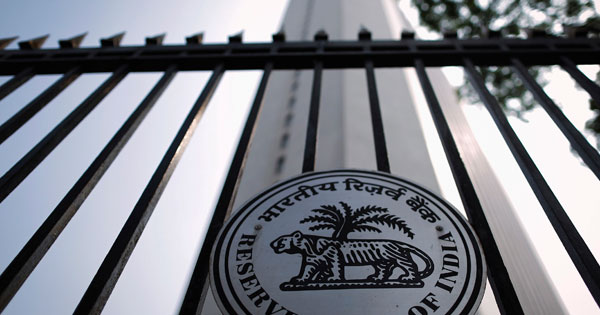 With the announcement of Reserve Bank of Indiaâ€™s monetary policy statement just a day away, experts believe the central bank is unlikely to cut interest rates on Thursday, as upward risks to inflation still persist. Also, the RBI shifted its policy stance from accommodative to neutral in its February policy review.

More than a move on the interest rate, market experts expect the central bank to introduce measures to squeeze excess liquidity out of the banking system and deal with banksâ€™ bad loan woes.

â€œWe foresee a status quo on policy rates in the monetary policy review. This expectation is essentially based on RBIâ€™s explicit change of stance from accommodative to neutral in the February policy review, where it had expressed concerns over rising global commodity prices and stickiness in core Consumer Price index (CPI)-based inflation,â€ said brokerage Edelweiss Securities in a research note.

RBI Governor Urjit Patel had last cut the repurchase (repo) rate by 25 basis points to 6.25 per cent in the October 2016 policy review. He had kept it on hold in December and February policy reviews.

Foreign brokerage BofA-ML believes the RBI will consider reducing rates in August, while IIFL sees no chance of a repo rate cut during the rest of 2017.

Here are five things that market will track in Thursdayâ€™s policy review:

Amar Ambani, Head of Research, at IIFL pointed out nothing can be said with certainty about the inflation trajectory, given the likely impact of the several factors such as implementation of GST and seventh pay commission, monsoon, re-monetisation, surge in commodity prices and faster pace of Fed rate hike.

Market participants will look forward to RBIâ€™s commentary on the inflation as wholesale inflation soared to a 39-month high of 6.55% in February while retail inflation inched up to 3.65%.

Meanwhile, a study released by RBI on March 10 titled Macroeconomic Impact of Demonetisation – A Preliminary Assessment also noted, “With demand expected to recover from the latter part of Q4 of 2016-17, inflation risks to CPI excluding food and fuel and headline inflation are, therefore, tilted to the upside.”

The market has been eagerly waiting for the government and RBIâ€™s announcement on a speedy resolution to the banks’ non-performing assets (NPAs) ever since Finance Minister Arun Jaitley announced that Finmin is working in close consultation with RBI to arrive at a solution.

â€œWe find that market fears of capital inadequacy constricting loan supply from public sector banks and hurting growth are overdone. In our view, both the government and the RBI have every incentive to recapitalise banks – either directly or through Acharya’s proposed quasi-government National Asset Management Company route – to support recovery,â€ said BofA-ML.

The market will also look for commentary on how RBI intends to suck excess liquidity out of the banking system as credit growth is hovering at its historic lows. â€œPost demonetisation aggregate deposits in the banking system have increased multi fold. The government is mindful of the fact that it can feed into core inflation and has largely been indicating special measures to drain the excess liquidity out.Â  In my opinion, there is a fair chance of some action being taken on this front,â€ said Mayuresh Joshi, Fund Manager at Angel Broking.

BofA-ML also expects the RBI to lay out a roadmap to introduce a standing deposit facility by amending the RBI Act. This tool would allow the central bank to absorb surplus liquidity without having to provide lenders collateral in exchange.

The Nikkei Markit India Manufacturing Purchasing Managersâ€™ Index (PMI increased to a five-month high of 52.5 in March, from 50.7 in February, indicating a pick-up in economic activity. Marketmen will look for RBIâ€™s view on whether they would still be looking at far more consistent trends in terms of data reading both for PMI and IIP prints, said Joshi of Angel Broking.

The market will also seek commentary on the large supply of state development loans and central government borrowings being front-loaded which have caused long term yields on bonds to harden, he added.

Now that US Federal Reserve has signalled that at least two more rate hikes will ensue in 2017, market participants will look for RBI’s take on the same. “The crucial interest rate differential is elementary to attract dollar investments and any rate cut would go against Indiaâ€™s (otherwise bright) EM prospects,” said Ambani of IIFL. Movement in crude prices and volatility in the rupee movement against major currencies due to any upheaval in global financial markets are the two other important factors that will set the future course of RBI policy, said Joshi.