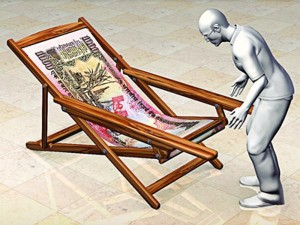 The Reserve Bank has rejected requests from non-banking finance companies (NBFCs) to become an agent to sell pension products of PFRDA.

The RBI had received proposals from the NBFCs, wherein they had sought approval from the regulator for undertaking Point of Presence (PoP) services under Pension Fund Regulatory and Development Authority (PFRDA) for National Pension System.

“The Bank (Reserve Bank) has carefully examined the proposals and it has been decided, in public interest that NBFCs shall not undertake PoP services for National Pension System (NPS)”, RBI said in a notification today.

The PoP Service Providers (POPSP) are the first points of interaction of the NPS subscriber with its architecture.

They act as collection points and give a number of customer services to NPS subscribers including requests for withdrawal from the pension plans.

Individuals who are employed and contribute to NPS enjoy tax benefits on their own as well as their employer’s contribution.