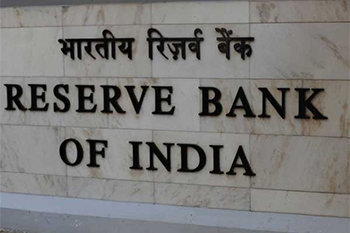 The Reserve Bank of India (RBI) has infused around 60 per cent of the total banned currency notes after demonetisation.

The RBI Governor Urjit Patel told a parliamentary standing committee on finance on Wednesday that the central bank had infused new currency notes worth around Rs 9.2 lakh crore into the system. Currency notes estimated around Rs 15.4 lakh crore were withdrawn when the Centre announced demonetisation on November 8, 2016. Most members in the finance committee, including former Prime Minister Manmohan Singh and panel chairman M Veerappa Moily, spoke in favour of protecting the autonomy of the RBI as an institution but said that accountability from its governor must be sought as the note ban had impacted a large of number of people.

Though the members found Patelâ€™s explanation lucid, they were miffed that he did not answer queries like how much money had been deposited in banks after demonetisation or by when the cash supply situation would ease across the country. â€œPatel came across as a professional in his briefâ€¦ but we had a lot of issues to raise,â€ said an Opposition member. 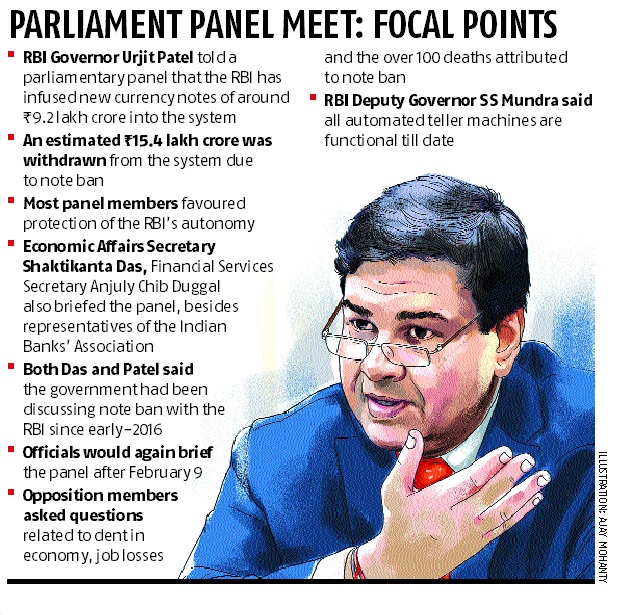 Representatives of the Indian Banksâ€™ Association also briefed the panel.

As members sought to know if the government forced the RBI to suggest the note ban, both Das and Patel replied that the government had been discussing the issue with the central bank since early 2016.

However, while Das said such consultations started in May, Patel said discussions were initiated in January.

When a member asked why a joint secretary of the finance ministry had been deployed at the RBI to monitor the currency situation after demonetisation, Patel had no reply.

Sources said both the briefings were inconclusive and would resume after the first half of the Budget session of Parliament ended on February 9.

According to sources, the Opposition members asked a lot of questions related to the suffering of the people, the economy, job losses and the over 100 deaths attributed to the note ban.

In response to queries related to the preparedness of the banking system to deal with the impact of the note ban, RBI Deputy Governor S S Mundra said all the automated teller machines (around 200,000) were functional now.

â€œPatel could not answer how much money had come back into the system and by when banksâ€™ operations would be normal. RBI officials were defensive on demonetisation,â€ another Opposition lawmaker said.

Former Prime Minister Mamnohan Singh came to the Reserve Bank of India (RBI) Governor Urjit Patelâ€™s help when he faced a tricky query from a member of the standing committee on finance. When a member asked Patel if there would be chaos if the existing restrictions on cash withdrawals are removed, Singh told Patel, â€œYou should not reply to that queryâ€. Singh, who served as the RBI Governor before his terms as finance and Prime Minister, also noted that the autonomy of the RBI as an institution must be protected, sources in the committee said. In November, Singh had criticised the government on demonetisation, terming it as â€œorganised loot and legalised plunderâ€ of the country.