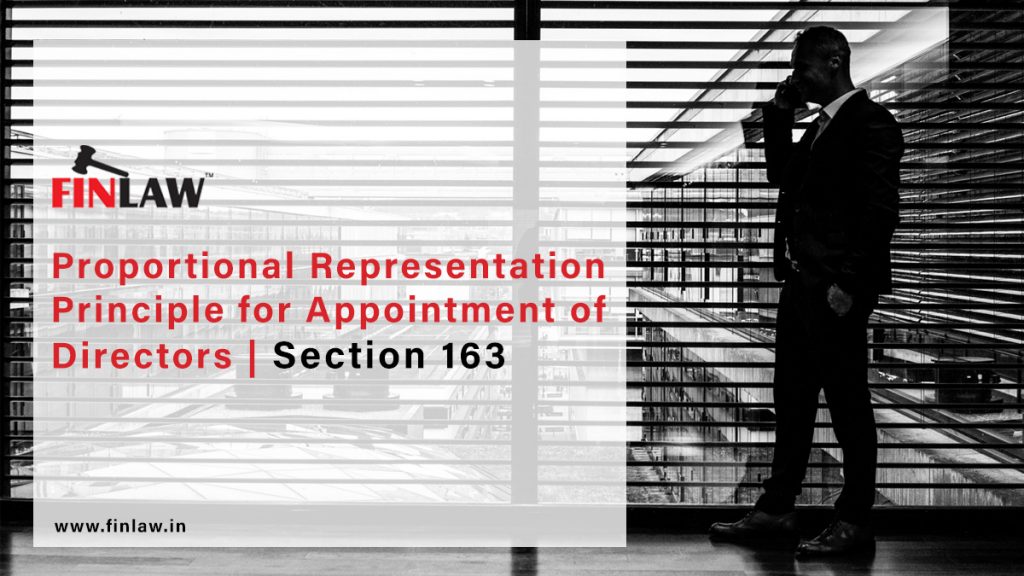 As per the company’s laws, the appointment of directors in a company is usually done through simple majority by passing a resolution in the General Meeting of shareholders or by Board of Directors (BOD) in Board Meetings. Generally, a simple majority is the thumb rule to elect all the directors and even a share as large as 49 per cent may not succeed in appointing a director. This may put at risk the interests of minority shareholders in a company. To take the edge off this drawback of the minority shareholders, Section 163 of the Companies Act, 2013 (Section 265 of the erstwhile Company Act, 1956) provides an opportunity for the minority shareholders so that they could constitute a BOD by way of proportional representation.

“Notwithstanding anything contained in this Act, the articles of a company may provide for the appointment of not less than two-thirds of the total number of the directors of a company in accordance with the principle of proportional representation, whether by the single transferable vote or by a system of cumulative voting or otherwise and such appointments may be made once in every three years and casual vacancies of such directors shall be filled as provided in sub-Section (4) of Section 161.”

For example, Section 162 of the Companies Act, 2013 provides for the appointment of directors to be voted individually and as such provisions of Section 162 are contrary to those of Section 163. But, due to the overriding authority of Section 162, it prevails over Section 162.

This is a brief explanation of Section 163 of the Companies Act, 2013 which deals with proportional representation of directors.