NBFC woes to continue in FY20 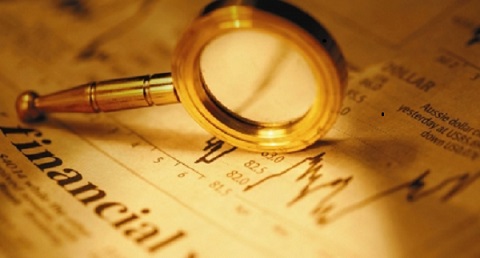 The woes of non-banking finance companies (NBFCs) are not over yet. Margin pressure, tepid growth, reduced liquidity buffers and delinquencies in select segments will continue to bother NBFCs in FY20 as well. NBFCs may face margin pressure in FY20 due to a rise in funding cost and a decline in growth rates, leading to a fall in operating leverage.

While retail NBFCs are relatively better placed in passing on the rise in funding cost to their borrowers, wholesale NBFCs lending to midsized corporates and real estate developers, may face margin pressure. Efforts by NBFCs to move towards long-term funds have increased the cost of funding.

Over last few years, most NBFCs have been increasing their reliance on short-term borrowings while reducing on balance sheet liquidity buffers. However, drying up of liquidity has resulted in increased focus of NBFCs on reconfiguring the funding mix by mobilising long-term funds. This would impact NBFCs’ RoA by 16 basis points and increasing on-balance liquidity would impact ROA additionally by 8-10 bp.

Better rated NBFCs’ with strong sponsor could face lesser challenges in tying up their funding needs than NBFCs with weak or no parentage which would face challenges in mobilising funds. On the other hand, yields in large-ticket housing, new heavy commercial vehicle (CV) and large-ticket Loan Against Property are likely to decline as banks would increase focus on these segments.

Also, NBFCs would increasingly find it difficult to profitably lend under these categories. Despite, the interim budget announcing sops for the housing sector, housing finance companies will face contraction in their margins in the large ticket housing segment.

Earlier, the margin pressure had been partly offset through higher yields on non-housing loan books; however, this segment is likely to face growth-related challenges in FY20, finds Ind Ra.

The growth also would remain tepid in FY20 due to slower traction in segments such as auto and real estate, finds Ind Ra. The current capital buffers and internal accruals are estimated to be sufficient to take care of the resultant growth requirements.

The growth rate will be slower at 15 per cent in FY20 against 18 per cent in FY16, FY17 and FY18. The NBFCs would exercise caution while foraying into new geographies. “Significant deterioration in the liquidity profile, credit cost shocks leading to significant dilution in operating buffers, if not offset by increase in capital buffer could lead to a negative outlook on the sector,” said Ind Ra analyst. Further, select segments will witness increased delinquencies.

The Loan Against Property segment has been facing higher delinquencies as NBFCs have been comfortably lending on collateral without looking at cash flow. There has been no control on end-use of funds, while property prices have remained stagnant and GST implementation has resulted in valuation variations and business disruption. Ind-Ra expects the performance of collateral backed MSME loans to continue to deteriorate.

Tractor segment too is not expected to see a significant improvement in delinquencies due to the inability of majority farmers to sell their produce at the minimum support price. Rising costs of operations due to increasing fuel prices also bother farmers.
——————————————————————————————————————–
Source: www.asianage.com