How Conversion to Small Banks May Hit NBFCs Initially 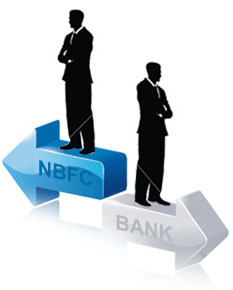 Conversion into small finance banks (SFB) would actually prove detrimental for listed non-banking financial companies (NBFCs) and microfinance institutions (MFIs) in terms of their net interest income (NII) in the initial years. Analysts feel NII of SFBs like Ujjivan Financial Services, Disha Microfin and Equitas may gradually fall from current 47.8 per cent to 27.5 per cent in the next two years.

This will happen due to stricter norms and compliances that NBFCs will have to follow when they turn SFBs, which would bring down their unstructured loans portfolio from about 90 per cent right now to anywhere between 30 per cent and 60 per cent. Moreover, among the unstructured loans, share of micro enterprises, which is currently quite large, will also get diverted to NBFCs who do not have a SFB license.

â€œCurrently NBFC-MFIs are having large portion of unsecured loan, about 90 per cent, which gives high interest margins. This business will decrease after being a bank. Simultaneously, secured loan ratio may gradually increase which have lower interest margins. In this scenario, net interest income in initial years may decline for NBFCs who turn into SFBs,â€ said Rajeev Yadav, chief executive officer of Disha Microfin. According to the industry, interest rate in banking sector is between 9-13 per cent, while the same is 12-20 per cent on advances by the NBFC-MFIs. Moreover, landing process of NBFC-MFIs is faster than banks due to compliance issue.

Siddhartha Khemka, head of equity research at Centrum said, â€œAfter being a SFB these NBFCs will have to follow the banking rules and regulations set by the Reserve Bank of India. This will lower the unstructured loans portfolio to 60 per cent or below that, and as a result overall NII may decrease in coming years.â€

Disha Microfin is planning to start a SFB in the first quarter of the next financial year. The NBFC is targeting to open branches in semi- urban and rural areas.

Industry also believes that average loan ticket size of NBFC-MFIs is Rs 25,000 that will increase to Rs 1 lakh or more. Big portion of micro enterprises may not go with SFB as their average ticket size is not suitable for small borrowers.

Industry experts believe that both NBFC-MFI and banking are different model. NMFC-MFIs are mostly catering to the unorganised micro-enterprises which prefer to take loan from microfinance institutions.

â€œInterest rates of NBFC-MFIs are normally higher than banks. It will keep the net interest income of any microfinance or non-banking financial institutions higher than banking sector. Despite of higher interest rates, small borrowers of unorganised sectors prefer to go with NBFC-MFIs as they are not able to match the compliances set by any banks,â€ said an official of Bharat Financial Inclusion.