How Blockchain Crowdfunding Could Soon Kill Off The ICO 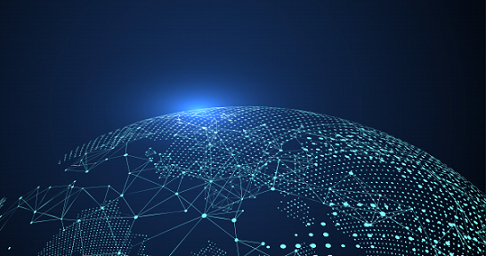 The words Blockchain and ICO might go together like sausage and mash but there’s a good reason, it generated nearly $8 billion in funds raised in 2018. Impressive but still only a tiny fraction of the global crowdfunding industry and already this year we’re seeing a sharp decline. Whereas in the traditional crowdfunding arena the odds are better, the industry is expected to hit $300 billion by 2025, with over $34 billion raised to date.

Besides the staggering money raised, crowdfunding promotes product innovation, provides access to capital to founders, and leads to job creation. However, there are downsides in the industry. It is reported that nearly 78% of all crowdfunding campaigns fail to reach their targets and only 1.2% of funds raised go to developing countries. Similar with ICOs, there is also a level of trust that needs to be gained in campaigns in order to build a strong backing and community.

These massive disparity and challenges have led one blockchain startup, Acorn Collective, to create a new model of crowdfunding that contains a comprehensive marketplace in the hope that it will level the playing field for entrepreneurs around the world.

Led by an international team based in Europe, Acorn has built an international network of incubator partners that will aim to offer the training, contacts, and resources needed for aspiring crowdfunding finders to pursue their passion from developing countries. The social impact and blockchain element is what sets Acorn apart from other established crowdfunding platforms.

Acorn’s COO, Ed Lobbett, sat down with me to talk about just why he thinks the ICO has had its day and why the new wave of “fair” crowdfunding will soon become more prevalent:

What makes your offering attractive compared to platforms like Kickstarter?

The major difference is the way we have made support integral to the platform from idea to execution. Other platforms have started to add some levels of support, but they are relatively new and orientated more around education and a range of partner services.

We have embedded support throughout the platform, and we go further than just crowdfunding. We offer help on concept elaboration and proposition building, strategy and execution, all of which is managed inside the Acorn Hub, and by the end of the month we will have a marketplace where people can find partner services too.”

What is the hub and how important is data vs marketing?

Essentially, it’s a business tool. From there founders can use a lean business canvas tool to create an early plan, click a button and request that we have a look at it and offer some free advice. There are also lots of handy tips and videos to get them started. This resource center is effectively a links area to hundreds of different blogs, articles and how-to’s that help people flesh out their understanding. When they’re ready, they can add their social profiles, website and landing pages to the analytics center where they can start measuring their marketing – again, we can review and support from the back end. They’ll soon be able to launch the marketplace from there too. Then there’s the crowdfunding site itself where they start their campaign. It’s not so much data against marketing but that data is marketing for crowd funds.”

What changed your views on ICO’s when you started crowdfunding?

First off we learned a lot about crowdfunding. This includes lots of data, checking progress and understanding engagement, and learning how to execute a large raise successfully. An ICO is a thing in itself. Crowdfunding is where you build your own crowd of people who are passionate about what you’re trying to do. We have a lot of those people particularly from the early days, but ICOs became a bit of a monster where those values were shared and somewhat distorted across lots of projects – something different.

For me, it’s taught me a lot about the integrity of crowdfunding generally, and how it can be genuinely motivated to change something. We’re extremely proud to be one of the very few projects to hold onto that motivation and integrity and deliver a product under fairly significant fire in a challenging ICO market. That’s why we’re pitching out to mainly English speaking markets along with parts of Africa and India. The first reason for targeting is language and simplicity. And we need to pick our battles when it comes down to regionalization and our support services. There are also jurisdictional issues where we want to be confident legally.”

What sort of companies are you attracting and what comes next for you?

I’m actually delighted that our first projects came from Africa, the two I can think of are craftspeople who have businesses they want to expand. We also have a skincare company, some UK tax software firms and a locker company in London, but there are a whole load more coming through the pipeline. Right now we have around 30 who are getting ready to fund in the coming weeks who together are targeting over $6m.

At the moment the blockchain layer has yet to be built. It’s the last thing to push out as we need to get the commercials running for the rest of the platform first. What it will do is make it possible to set up DAICO-like voting on how funds are deployed using smart contracts. Ultimately, we also want to add features that track how money is being spent on the project – parts of this are relatively straightforward, adding an easy interface for it is quite difficult – one of our core beliefs is that this needs to be adopted widely rather than being a blockchain curiosity- for me it’s no use preaching about accessibility then requiring a whole load of knowledge and ability just to use the thing.

Overall, this platform will give you more data and if you can’t gauge engagement and intent, then you can’t target properly and you won’t be able to iterate your approach or know when to launch. This is why data is critical and the old ICOs need to move over and start thinking about crowdfunding instead.”
————————————————————————————————————————–
Source: www.forbes.com