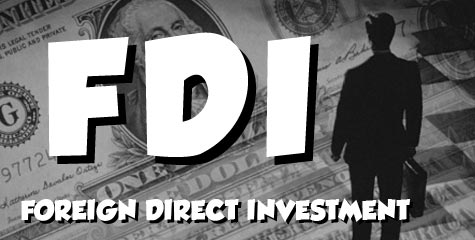 Government is expected to propose 100% FDI in 25 more segments of NBFCs including commodity broking and infrastructure debt fund with a view to attract more foreign inflows.

The proposal, according to sources, is based on the announcement for allowing FDI in more categories of Non-Banking Financial Company (NBFCs) activities, made by Finance Minister Arun Jaitley in his Budget speech.

He had said that Foreign Direct Investment (FDI) will be allowed beyond the 18 specified NBFC activities in the automatic route in other activities which are regulated by financial sector regulators. The other segments of NBFCs and NBFIs (non-banking financial institutions) include insurance intermediaries, pension management company, asset finance company and depository participants.

Now it has been proposed to permit 100 FDI through automatic route in 25 more activities, sources said. They said the move would help in promoting ease of doing business and attracting overseas investments by doing away the need of seeking government approvals.

Commenting on the proposal, an expert the move would help the commodity broking, which is a growing segment.

The other companies involved in commodity broking include SMC, Religare and Geojit BNP Paribas. During April-December 2015, foreign direct investment in India grew by 40% year-on-year to $ 29.44 billion.