Going crypto: JPMorgan to use digital coin to speed up corporate payments 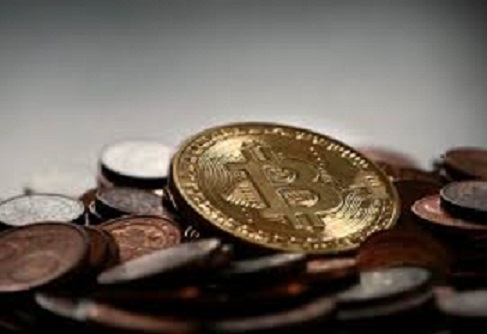 JPMorgan Chase & Co. is turning to crypto to modernize one of its most central businesses.

The biggest US bank said it developed a prototype digital coin that it plans to use to speed up payments between corporate customers, according to a statement Thursday. The token, dubbed JPM Coin, is based on blockchain technology, a decentralized public ledger of transactions that offers more speed because it doesn’t rely on a central record keeper.

“Many of our clients move money in different ways and they’re looking for a more real-time way to move value around,” Umar Farooq, head of digital treasury services and blockchain, said in an interview.

JPMorgan moves more than $5 trillion in wholesale payments each day, so even a nascent experiment from the banking giant is poised to make waves in the cryptocurrency world. While some experts questioned the broader impact of a dollar-pegged coin available only to JPMorgan clients, others said the bank’s involvement lends legitimacy to an area that’s been rocked by volatility and scandal.

The bank started developing JPM Coin about a year ago in response to client demand and plans to start testing out possible uses with a small number of its institutional customers in the coming months, Farooq said. He declined to name the interested companies.

SWIFT, the air-traffic control system for sending money around the world, has been working on a plan to make overseas transfers more efficient though a campaign known as the global payments innovation initiative. But banks still sometimes run into trouble clearing cross-border payments in real time, Farooq said. JPM Coin could eliminate that problem by allowing instantaneous value transfer, he said.

Japanese lenders including Mitsubishi UFJ Financial Group started working on initiatives such as the MUFG Coin as early as 2016. JPMorgan is the first major U.S. bank to publicly introduce its own coin.

The coin has some differences from a traditional cryptocurrency, according to the presentation. Cryptocurrencies use public, open-access blockchain technology and their value is intrinsic to the coin. A JPM Coin always has a value equivalent to one U.S. dollar and uses JPMorgan’s private blockchain.

“JPMorgan is taking a significant step here,’’ said Adam Grimsley, a former BlackRock Inc. fixed-income investor who co-founded London-based crypto hedge fund Prime Factor Capital. “The first bullet in any war is always the most important, and it looks like this could be the first move in a broader adoption of blockchain and digital currencies by large institutions.”

Gregory Klumov, chief executive officer and founder of blockchain company Stasis in Malta, downplayed the scale of the project.

“They’re just taking an existing internal process and making it a little bit faster,” Klumov said. “It doesn’t have any of the long-term, disruptive potential of public blockchains.

JPMorgan previously developed the Interbank Information Network, which is based on the ethereum blockchain. IIN, which has about 157 banks in its network from all parts of the globe, is intended to address some of the challenges of interbank information-sharing and to help payments reach beneficiaries sooner. JPM Coin is aimed at transferring value rather than information, according to the bank.

The most famous use of blockchain — cryptocurrencies — has been stumbling. Bitcoin is down more than 80 percent from its highs in December 2017, and, according to JPMorgan calculations, has recently been trading below the average cost it takes to mine.

JPMorgan Chief Executive Officer Jamie Dimon famously called Bitcoin a “ fraud” in 2017, though he’s repeatedly said he sees many ways the bank could use blockchain technology.