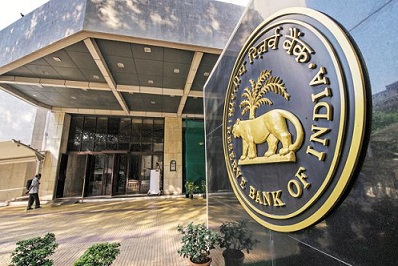 About a third of the funds borrowed by Indians reach them through para banks, which reach the hinterland or the marginal customer where formal commercial banking hasn’t. This ability to bring formal finance to the doorstep of the unbanked has driven the growth at nonbanking finance companies (NBFC), but 2019 could well alter the operating environment for many of them.

To begin with, NBFCs would have to put up with higher funding costs. In the October-December quarter, better-run NBFCs and HFCs got easier access to money compared to smaller or weaker NBFCs with poor track record and underwriting capabilities. In the past, robust growth of over 20% gave NBFCs access to debt capital regardless of stringent quality.

“Hopefully, the NBFC sector which saw significant pressure in October-November is beginning to breathe a little better now,” said Uday Kotak in his address to employees. “However, I do believe that the NBFC sector is more fragile than what it was one year ago and, therefore, one has to watch that space carefully in the New Year.”

The mismatch between long-term lending and borrowings will have to be addressed. Many HFCs have reduced their reliance on shorter-tenor commercial papers from highs of 18-20% to single digit. The flip side of lower reliance on market borrowing will lead to increase in cost of funds. NBFCs, with 25-30% borrowing from mutual funds, will have to diversify their borrowings. A report by Credit Suisse had said that mutual fund exposure to NBFC debt at 30% of their debt AUM is outsized and unlikely to sustain. And, 55% of this is short tenor.

The Reserve Bank of India has talked about strengthening the regulatory vigil on the sector in general and on asset liability management (ALM) framework in particular in its latest report. The default by IL&FS on repayment of commercial papers shook the industry, making debt investors wary of investing in them.

“As liabilities will be repriced faster than assets, their net interest margins will take a hit,” said Digant Haria, an analyst at Antique Broking.

Strong economic growth of the past four-five years that led to robust expansion of NBFCs will not last forever. Newer NBFCs will see their first downturn and companies with models that can withstand downturns will stand out. The sector with a size of 15% of bank’s balance sheet has been filling up the void created by public sector banks under prompt corrective actions. NBFCs and HFCs have been growing at 18-20% over the last two years. Growth is expected to take a hit in the first half of the calendar year. They are expected to report 300-400 basis points lower growth as a few NBFCs have stopped lending.

“If an NBFC is facing problem raising long-tenor liability, it is may go into a shell,” said Haria.

Retail loans of NBFCs grew at a robust 46.2% during 2017-18 — on top of a growth of 21.6% during 2016-17, reflecting upbeat consumer demand, especially in the vehicle loans segment. Growth in lending to commercial real estate rose due to sharp deceleration in banks’ credit to this sector. Industry contributes 50% of the lending portfolio, 22% is retail loans and 18% services, according to the latest RBI report.

NBFCs are looking for newer avenues to diversify their lending portfolios. Companies will further have to expand the asset base to add newer products and reduce concentration in large clients.

They will have to move deeper into cities to improve the risk adjusted return.

Lenders will have to let go of lazy lending and reach out to new customers. Takeover of home loans from one by the other, which is estimated to have jumped to as much as 20% of all mortgages sanctioned, may have to be reduced as lenders incur cost while originating loans.

NBFCs would like to focus on direct assignment to ensure that risk is not on their balance sheet, but they are able to raise fee income to maintain return on equity.

Large banks, including State Bank of India, ICICI BankNSE 0.44 % and HDFC BankNSE 1.21 %, have been buying portfolios from top-rated NBFCs and HFCs. After recapitalisation of public sector banks, lenders under PCA will also be able to buy portfolios of NBFCs and HFCs.

Also, RBI has allowed NBFCs to co-originate priority sector loans with banks. This will help NBFCs in managing low-cost funds from banks and lower their cost of operations. Although the sector had in the past two years weathered the effect of demonetisation and GST implementation, the liquidity stress will separate the winners from the also-rans.

WATCH OUT FOR ASSET QUALITY

“When lending slows down, there is an apprehension that delinquencies will go up as SME borrowers may face roll over issues,” said Srinivasan.

NBFCs have maintained strong asset quality compared to banks. Since November 2014, the asset classification norms of NBFCs have been incrementally aligned with those of banks, leading to higher NPA recognition.

However, both the gross nonperforming assets (GNPAs) ratio and the net non-performing assets ratio declined during 2017-18 to 5.8% and 3.8% as part of the portfolio of assets classified as NPAs were upgraded to standard assets compared to 2016-17.

In the September quarter, the gross non-performing ratio deteriorated marginally and NBFCs made larger provisions and, hence, the NNPA ratio improved.

NBFCs deal with retail customers but have not used the segment for raising liability. When the going was good, Bajaj Finance learnt the lesson in 2013 and decided to build deposit franchise. Now, it borrows 15-20% of incremental lending through fixed deposit. NBFCs will have to expand into retail NCDs to tap into the existing customer franchise. High-rated NBFCs leverage 5-6 times while some large housing finance companies have leverage ratio touching 10 times. If they don’t get required funds, NBFCs will have to reduce leverage. This raises the need for NBFCs to be highly capitalised.