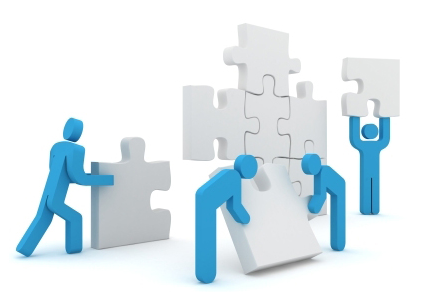 Direct selling, also known as Multi-Level Marketing (MLM), Network marketing, or Referral marketing, has become an extremely popular sales model across India in the last few decades. India is a major hub for most of the direct selling companies in the world and is going to be one of the biggest markets in the world as a population is one of the major factors for the growth of the industry. Without doubt, India has the greatest potential for direct sales in the world if great model structured formed by Indian Direct sales company there is no second thought to say that it won’t compete with global direct sales company’s this is also because of the huge middle class, highly entrepreneurial culture, massive international connections, and huge technology base. Nowadays there are a lot of opportunities in India in direct marketing.

The industry witnessed major growth post liberalization with many global players entering the Indian market.In 1959, Amway launched a business model fueled through the power of relationships.
Since then, Amway has expanded from home products to a global leader in the categories of health and beauty. Amway started operations in India in 1998. It has branches in 80 cities across 145 offices and 4 regional mother warehouses and 65 warehouses. When the company began in India, it was importing all the products. Today, 90 percent of its products are made here, through contract manufacturing. The distribution and home delivery network set up with the support of independent logistics partners caters to over 11500 zip codes across the country. It has also become one of the largest FMCG (Fast Moving Consumer Goods) companies in India after crossing the revenue of big FMCG firms such as Emami, P&G and Gillette India. Around the same time, Modicare was one the first few Indian companies to adopt this channel of distribution.

India is a thriving market for direct selling so even without the appropriate legislation, the Amway industry has become a billion dollar market. The new guidelines by the government are a welcome move for the direct selling sector. In the last 7 years, the industry in India has nearly doubled and around 5.1 million people are involved in various direct selling businesses in India in either part- time or full- time capacity,” says Trevor Kuna, global CEO of multi-level marketing firm QNet.

Even though many of the Indian direct selling companies initially started in the southern part of India, today several of them have pan India operations. In terms of revenue generated Maharashtra, Tamil Nadu, Kerala, and Andhra Pradesh have the highest shares. Recently, the industry has witnessed greater growth in the eastern part of
the country and in many Tier 2 and Tier 3 cities with direct selling companies trying to reach out to customers in markets which have remained untapped thus far. The direct selling market in India is an INR 72 billion market today and is dominated by the organized players contributing ~95 percent to the market. The market has grown to
become a key channel for the distribution of goods and services in the country, especially for health and wellness products, cosmetics, consumer durables, water purifiers, and vacuum cleaners. However, it is still undeveloped as compared to global peers and the variety of brands and products available in the country are lower than those in other economies. Going forward, the growth of the industry is expected to be majorly driven by expanding markets and a strong consumer base increasingly looking for quality products that add value, and are willing to pay a premium.

Multi-level marketing (MLM) is a much-debated sales channel in India. While with large-scale unemployed youth at one end and a huge aspiration for adding a multiplier effect to income for the employed middle class, the network marketing promises to have a huge growth opportunity. But it needs to be making things clearer for the people
. A regulation to preserve the end user rights like a refund for dissatisfied consumers, clarity on the efficacy of products and services etc. is going to help the area grow without prejudice,” explains Anirban Chaudhuri, Associate Professor at Great Lakes Institute of Management in Gurugram.

Another important factor is the emergence of direct selling as a women’s bastion. Women currently constitute 53 per cent of entrepreneurs engaged in the direct selling industry in India, as per the World Federation of Direct Selling Associations (WFDSA) 2017 report. Furthermore, the industry provided entrepreneurship opportunities to 51 lakh people in 2017, of which 27 lakh were women.

Direct selling has been leaving imprints of its growth and and success globally over the years in India. It has become an extremely popular self employment model across the world. There are several reasons for immense success, best quality product, personal connection and bonding with consumers and promotions of enterpreneurship are some of the major factors contrubuting to its growth.